Heat escapes: These 10 unique features made the Dabba cooler intelligent; Check if you have it in your cooler 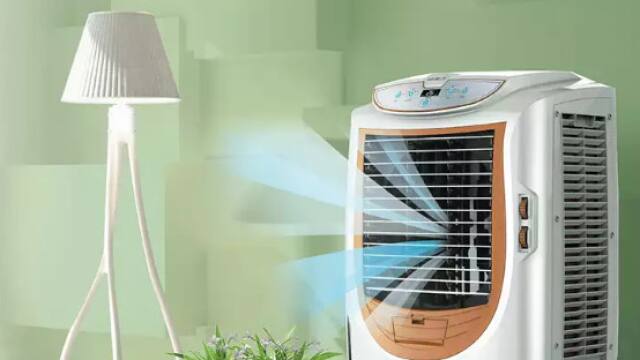 To avoid the scorching heat, the first thing is to remember the cooler. Apart from being economical, it is available in almost every household. But the air cooler has changed a lot in the last few years. It is no longer the boxy design of the square compartment, which was used as an economical alternative to ACs to save money. Modern-day coolers offer the user a plethora of smart features that solve major problems or issues that users still had with coolers. However, buyers may have to spend a little more money for these coolers. Today we are telling you about 10 such amazing features, which you can get in some air coolers.

Air coolers are generally considered ineffective in humid conditions. In fact, they are said to make the atmosphere more humid. Some modern coolers come with a ‘Humidity Control’ feature that allows users to adjust the flow of water on the cooling pad to better manage the humidity level according to the climate.

Auto fill is another important feature that comes with the air cooler. This means that users no longer need to worry about emptying the water tank at midnight. But yes, for this, users will have to connect the cooler to the water source.

Removing old and dirty water from air cooler has always been a cumbersome task. The auto drain function solves this problem. It allows users to automatically remove water from the cooler.

Mosquito nets or insect nets are another new addition to the air cooler. This net prevents mosquitoes and other insects from entering the cooler.

Like other home appliances, the air cooler has got smart capabilities. Coolers today are available with Wi-Fi connectivity that allows users to control the cooler via a smartphone. Smart capabilities in the cooler include turning it on and off, enabling swing mode, and more.

Also read- You will regret buying AC! If you do not know these 10 useful things

Some coolers also act as air purifiers with built-in PM 2.5 filters. This ensures that the environment around you is clean and dust free.

Another major change in the air cooler is the inclusion of touch buttons. This is usually found in coolers that come with the remote control.

Also Read  Big blow to Netflix users! If you have shared your password with someone else then you will have to give Extra Charge

Motor overload protection is a safety check that prevents damage to the air cooler motor. This feature is intended to help during sudden surges in the power supply. Similarly, it also protects the motor in case of running out of water.

Another new feature that is seen in modern coolers is the dedicated temperature display, which shows the current temperature of the surrounding area.