Bajaj’s new electric scooter is coming Bajaj Blade! Features will be special with a stylish look

by Abhishek Mehra
in Automobiles
Reading Time: 2 mins read
0
A A 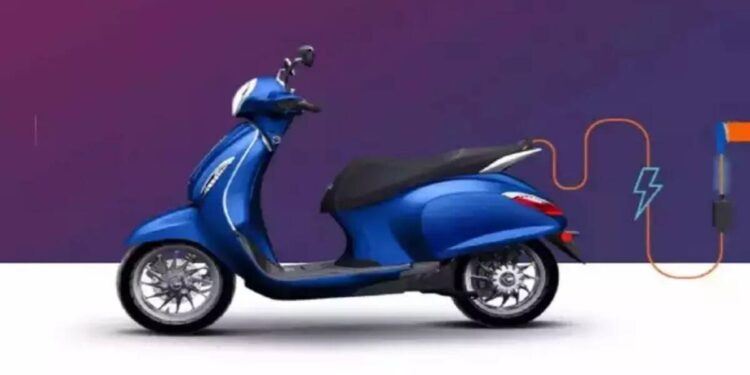 Bajaj company is preparing to bring many new vehicles in its two-wheeler segment. Keeping in mind the future market, the company is looking at launching stylish bikes ranging from EVs. In the recent past, two applications were filed for Pulsar Elan and Pulsar Eleganz during March. Now another name ‘Bajaj Blade’ has surfaced, which was also filed in March. While the name Pulsar Elegance has been approved, the Pulsar Allen and Bajaj Blade are awaiting approval.

Bajaj Blade Electric Scooter?
A trademark application has been filed for Bajaj Blade, making it difficult to make an accurate estimate, as this class includes everything from motorcycles to scooters, electric vehicles and three wheelers. Based on the recent developments, it can be said that the primary focus of Bajaj will be its Pulsar motorcycles and electric two-wheelers. The company is currently working on upgrading its Pulsar range and introducing a few new models. Along with this, there is another electric two-wheeler, where the details of Bajaj Blade fit perfectly in being an EV.

how will electric scooter
It is worth noting that the name Bajaj Blade was used by the company to showcase the 125cc scooter at the 2006 Auto Expo. This makes it more likely that the Bajaj Blade may come with a modern update to the earlier Blade scooter. The Bajaj Blade electric scooter is likely to feature sportier styling. It will be different from the Chetak, which will have a classic, old-fashioned retro look.

Bajaj Blade
Interestingly, the name Blade belongs to Mahindra Two Wheelers. Bajaj also applied for the Blade trademark in 2006, but was denied. They have now applied once again in 2022, so it is more likely that the Bajaj Blade will be an electric scooter. If it comes as an electric scooter then it could be launched before 2023 or 2024.

Also Read
If you are not able to pay the EMIs of the home loan, then know – what to do and how to pay the loan

Battery pack with more capacity
To make it appealing to young users who love style and performance, Bajaj may equip the Blade electric scooter with a bigger battery pack and higher capacity motor. This would mean an even higher price tag than the Chetak, which is already one of the most expensive electric two-wheelers in the country. The current ex-showroom price of Chetak in Delhi is Rs 1.48 Lakh.

Bajaj Housing: Bajaj Housing Finance changes the interest rates of home loan, now EMI will have to be paid per lakh