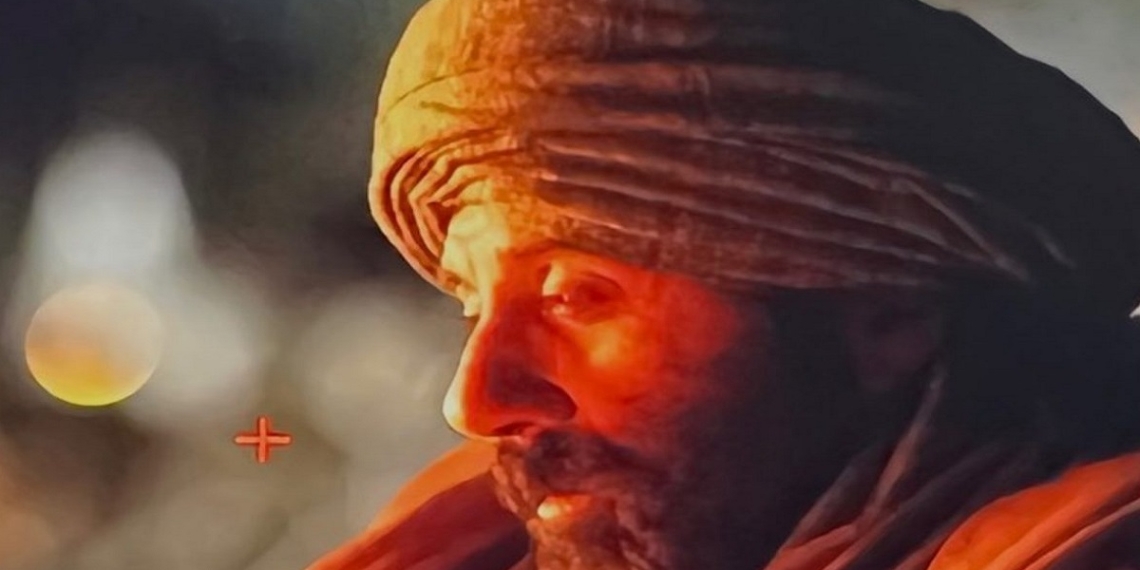 new Delhi. Gadar Ek Prem Katha, which came in the year 2001, always remained a topic of discussion among the audience. This film is so famous even today that ever since there has been talk of making the second part of this film, the audience is continuously excited about the film and waiting for the release date of the film. Sunny Deol’s dialogues in Gadar Ek Prem Katha became quite famous. Sunny Deol’s dialogues became a part of the common man’s conversation. Now this film is to be released in the year 2023, the audience is continuously waiting for the release of this film. There is a different enthusiasm in the hearts of the audience about this film. The shooting of the film is over in December 2022 and today a visual of Sunny Deol from Ghadar 2 film has come out here we will discuss about the same. Along with Sunny Deol, we are also going to see Ameesha Patel in Ghadar 2. Director Anil Sharma is making this film. Director Anil Sharma has now produced Ghadar 2 film after the year 2001, while there was a lot of pressure on him to produce Ghadar 2 film after Ghadar Ek Prem Katha but he says that he is waiting for a good script Now that they have got a good script as they want, they have produced this film.

Anil Sharma has worked hard for this film. Chosen supporting artists who are skilled in the army. He has chosen people preparing for the army as supporting artists. Now coming to the scene of Sunny Deol lifting the wheel of the bullock cart. Recently, Zee Studio has posted a video on social media of some of its upcoming films of this year, showing the looks of those films which are to come in the year 2023. This includes Salman Khan’s Kisi Ka Bhai Kisi Ka Jaan Bhi, Ajay Devgan’s Maidan look and Sunny Deol’s look in which he is carrying the wheel of a bullock cart.