New Delhi. Today is the 55th birthday of 90s actress Juhi Chawla. Juhi Chawla is an Indian artist, film producer and industrialist. In the 1980s to 2000s, Juhi Chawla earned her name in the Bollywood industry with some such films that she still remains the heartbeat of the people. Juhi is particularly known for her comic timing. Juhi Chawla was born on 13 November 1967 in Ambala, Haryana. Juhi’s father was an officer in the Indian Revenue Service. Juhi did her studies from Mumbai and in the year 1984, she also won the title of Miss India. Although when Juhi traveled in modeling after studies, her heart was to become Miss World, but the currents of her life took such a turn that she emerged as a successful actress of India. Today, on the occasion of his birthday, here we will share some part of his life so far. 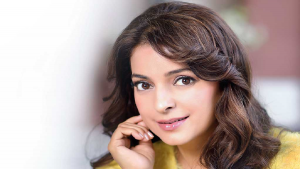 Juhi made her Bollywood debut in 1986 with the film Sultanate but the film Sultanate could not achieve anything special. But Juhi was the best actress, so her film Qayamat Se Qayamat Tak made such a splash, that Juhi still lives in everyone’s heart. Juhi, who makes everyone happy with her laughter, has acted in a total of 80 films in her life. Juhi has won the Filmfare Award in both the films “Qayamat Se Qayamat Tak” and “Hum Hain Rahi Pyaar Ke”. Juhi Chawla has also been awarded the Dadasaheb Phalke Award for Best Female Actor for the film Gulab Gang. 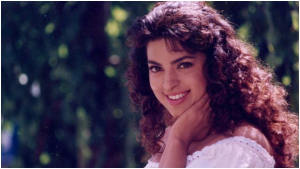 Juhi Chawla has worked in many films with Aamir Khan and Shah Rukh Khan. Shahrukh Khan and Juhi Chawla also had a very close friendship. Juhi Chawla herself has said in an interview that when Juhi Chawla became lonely in life, Shahrukh Khan supported her at every step. After the death of Juhi Chawla’s father and brother, it was Shahrukh who firmly held Juhi’s hand. 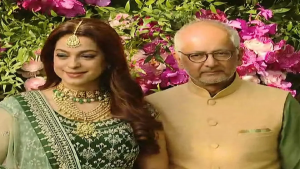 The controversy related to Juhi Chawla’s marriage also continues a lot. Juhi Chawla married industrialist Jai Mehta. When Jai Mehta went to Bihar after the death of his first wife, then Juhi Chawla only supported him and later both got married. However, Juhi did not disclose her marriage with Jai Mehta for 6 years, the reason being Jai Mehta was 6 years older than Juhi. When Juhi was pregnant after 6 years of marriage, she revealed her marriage. 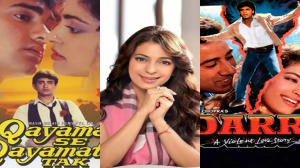 Juhi has given one to one best films. At the same time, she has also been a film producer and the owner of the IPL team Kolkata Knight Riders. As a film producer, he has produced films like Dil Hai Hindustani, Ashoka and Chalte Chalte. Apart from this, some of his special acting films are Qayamat Se Qayamat Tak, Bol Radha Bol, Aaina, Darr, Hum Hain Rahi Pyar Ke, Yes, Raju Ban Gaya Gentleman, Duplicate, and Ishq.

The method of withdrawing money from ATM has changed, now this work will have to be done