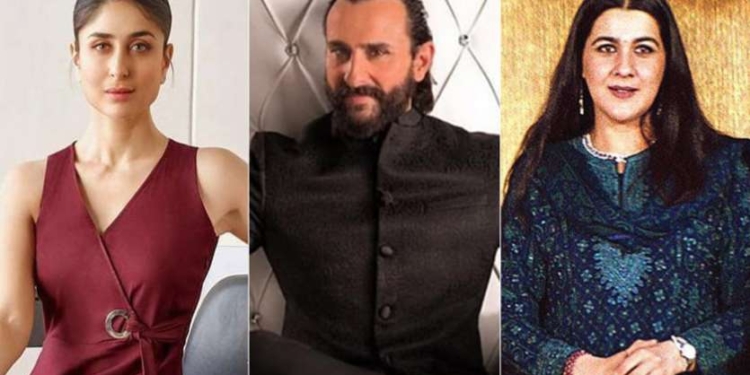 New Delhi. Bollywood actor Saif Ali Khan is a great actor. He has been active in the film industry for many years and is still working in films as before. His films are well-liked. However, more than films, he remains in the headlines due to his personal life. Saif has done two marriages in his life. His first marriage was with Amrita Singh. There was a decision of 12 years between the two. Despite this, both decided to unite forever and got married in the year 1991. But this relationship did not last long and both of them got divorced after 13 years in 2004.

After this, Kareena Kapoor entered Saif’s life. Kareena is ten years younger than him. After dating for a few years, both of them got married in the year 2012. When Saif married for the second time, the question in everyone’s mind was that how is the relationship going to be between Saif’s first wife Amrita and Kareena. Everyone felt that a lot of gossip would be heard between the two but nothing like this happened. Because the two never met each other. This was disclosed by Kareena herself. Actually, once Kareena Kapoor reached Karan Johar’s chat show Koffee with Karan. In this show, he had said a lot about his personal and professional life. During this, Karan asks her how she maintains balance between Amrita and herself? On this, Kareena said about Amrita, ‘Years after Amrita and Saif’s divorce, I met Saif. After marriage, I have never met Amrita. But I have a lot of respect for him. But we never meet.’

At the same time, Amrita Singh has also completely separated herself from Saif Ali Khan after divorce. He is very happy in his life with daughter Sara Ali Khan and son Ibrahim Ali Khan. However, Kareena also has a very good bond with Sara and Ibrahim. Whenever there is a party in Kareena’s house, Sara and Ibrahim definitely attend.