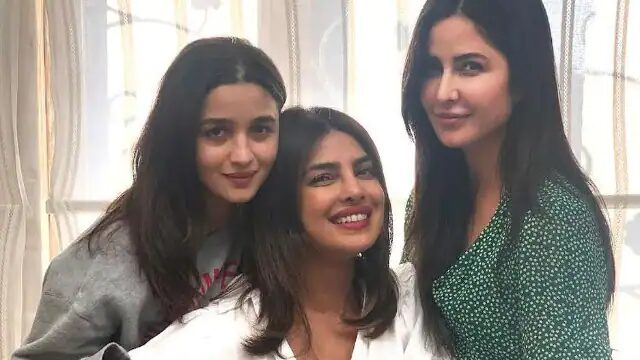 Actress Priyanka Chopra, Alia Bhatt and Katrina Kaif are going to work together in the film ‘Jee Le Zara’. Fans are eagerly waiting for this film of Farhan Akhtar. Like Dil Chahta Hai and Zindagi Na Milegi Dobara in this film, a group of girls will be shown going on a road trip. Now global star Priyanka Chopra has talked about the film and both the actresses. She has told what she thinks about the film and how it is for her to work with Katrina-Alia.

Priyanka Chopra is working in films ranging from Bollywood to Hollywood. The actress’s last Bollywood film was ‘The White Tiger’. ‘Desi Girl’ recently talked about the film Jee Le Zara and her co-star in an interview given to Deadline. The actress said, both Alia and Katrina are top actresses in the country.

wanted to produce a film together

Priyanka Chopra further said, ‘All three of us wanted to do a film together and also wanted to produce together. But when it started, the idea was completely different. We all pitted each other and our casting depended on the lead actor in the film. We do not know how the film will be and whose acting will be but this feeling is quite strange. This feeling gave a different direction to my career.

Priyanka Chopra Describing the mantra of her big film career, she said, ‘I have done many such roles where women are the main. I have carried many films on my shoulders because it is strange that you do not know what the film or the cast will be like. So from all this I have learned that not every film necessarily has a male actor. Because of this my career has become good.