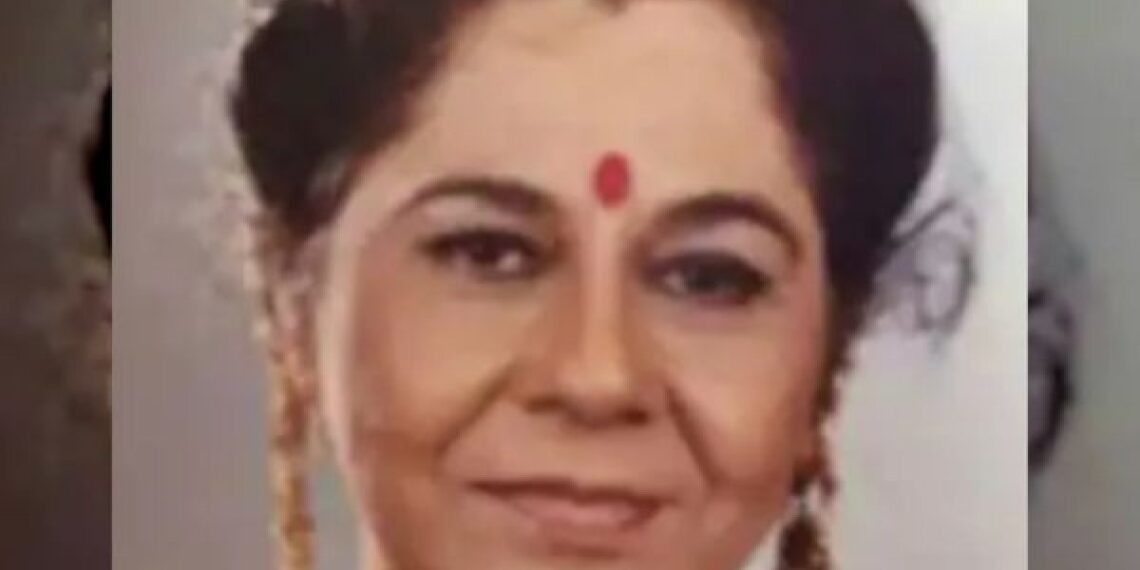 New Delhi. Another form of savagery has come to the fore. Once again a heartbreaking news has come to the fore. Where TV actress Veena Kapoor’s son has killed his own mother. Veena Kapoor was beaten to death by her son with a baseball bat. This matter has been disclosed by Neelu Kohli. Who told that TV industry Vani Kapoor has died. When this news came in the media, this news spread rapidly in the entire media world and created a sensation. This issue started being talked about everywhere. Apart from this, many people were disappointed after hearing this news in the TV world. Veena Kapoor was murdered because of greed for property. Here we are going to tell you this news in detail.

Vani Kapoor’s son Sachin Kapoor killed his mother in greed of property. In fact, Vani has a flight worth Rs 12 crore in Mumbai. She used to live in this flat with her son and she did not know that she would be killed in this flat. His son Sachin Kapoor killed his mother in the same flat and took his mother’s body about 90 kilometers away and threw it in a river. We have seen that fridge has been used in many previous murders and once again in this murder case also Sachin has used fridge to take his mother’s dead body to the forest. The police came to know about the murder when Vani Kapoor’s second son called to speak to his mother. Vani Kapoor’s elder son lives in America and for many days he wanted to talk to his mother but could not do so. After which he filed a complaint in the police station and then this information has come out in the investigation of the police. Vaani Kapoor has worked in Bandhan Phero Ke, and Dal: The Gang.