Big announcement by Uddhav Thackeray, said I am ready to resign. 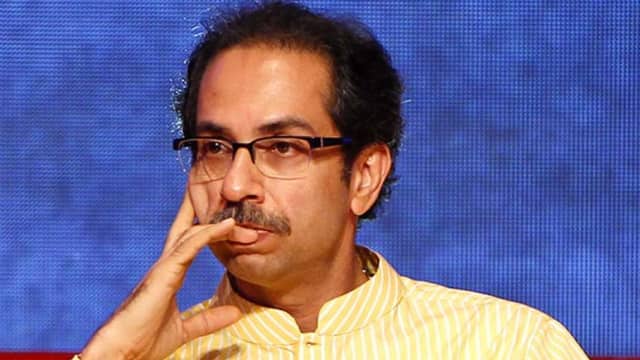 New Delhi. The rebellious attitude of Eknath Shinde in Maharashtra has put the leaders of the Mahavikas Aghadi government to sleep. Clouds of crisis have started hovering over the Uddhav government. It is believed that CM Uddhav can now resign from the post of Chief Minister. After Shinde’s rebellious attitude, the process of meeting continues in Maharashtra politics. Earlier, a cabinet meeting was called, in which eight ministers were also absent. After this, a meeting of MLAs has also been called. In the context of the meeting, a whip has also been issued on behalf of Shiv Sena, in which it is clear that if any MLA does not attend the meeting, then he will be considered expelled from the party. At the same time, Sanjay Raut has already accepted his defeat in order to face the media. He has made it clear what will happen at most. The government will go The assembly will be dissolved. The government will be formed again. Since his statement, it is believed that Shiv Sena has now agreed that his government is going to go.

On the other hand, the rebel Shinde is continuously claiming that he has the support of 46 MLAs, out of which 34 are BJP MLAs and the rest are independents. At the same time, Shinde has also issued a letter written by the MLAs supported in response to the Shiv Sena whip, in which the MLAs who have gone to his side have made it clear that this MLA who has gone to Shinde’s side is not in the mood to change his side at any cost. Huh. On the other hand, NCP chief Sharad Pawar is also trying his best to save the government. But now in the meantime, Uddhav is going to address on Facebook. But before that news has come that Uddhav will first hold a meeting with Sharad Pawar. After which he will address on Facebook.

He said that I am Balasaheb’s soldier and supporter of Hindutva ideology. Apart from this, I make it clear that I am with Hindutva. We cannot give up on Hindutva. I will not talk about rebels. He said that Shiv Sena does not need to impart knowledge on the ideology of Hindutva. Whereas, if you had a problem with me, you would have told me that you had a problem with me. That’s what I would resign.

If any MLA wants me to not continue as the CM, I am ready to take all my belongings from Versha Bungalow (official residence of the CM) to Matoshri: Maharashtra CM Uddhav Thackeray pic.twitter.com/kciNQsijer

Why did you need to go to Surat? Not only this, he also said that I am ready to resign as the chief of Shiv Sena. But let me make it clear that I am with ordinary Shiv Sainiks. But if someone says that not you but any other Shiv Sainik should be made the Chief Minister, then I am ready for it. I don’t mind it. But the way things are coming from here and there, it is not right. If you had any problem with me you could talk to me. On the other hand, Uddhav said in his address that Shiv Sainiks should not commit treachery, that is, somewhere they are calling the MLAs who join Eknath Shinde’s faction as traitors. Let us inform that Eknath Shinde claims that he has 46 MLAs in his side, out of which 34 MLAs are from Shiv Sena. On the other hand, the MLAs of his faction have written a letter declaring their support.

Uddhav Thackeray said that many people say that I left Hindutva, I do not meet people but all this is not right at all I am meeting people, Hindutva is our chance, which we can never give up, these allegations are baseless. Further, he said that Uddhav Thackeray said that I am not sad that I am being accused or attacked but I am sad that no one else is doing this attack, my own. There is a person who is breaking me to the core, who is missing MLA or Ji has disappeared, I am ready to give my resignation, I keep my resignation ready. On the other hand, there is news that he will leave the CM residence and work from his residence Matoshree.