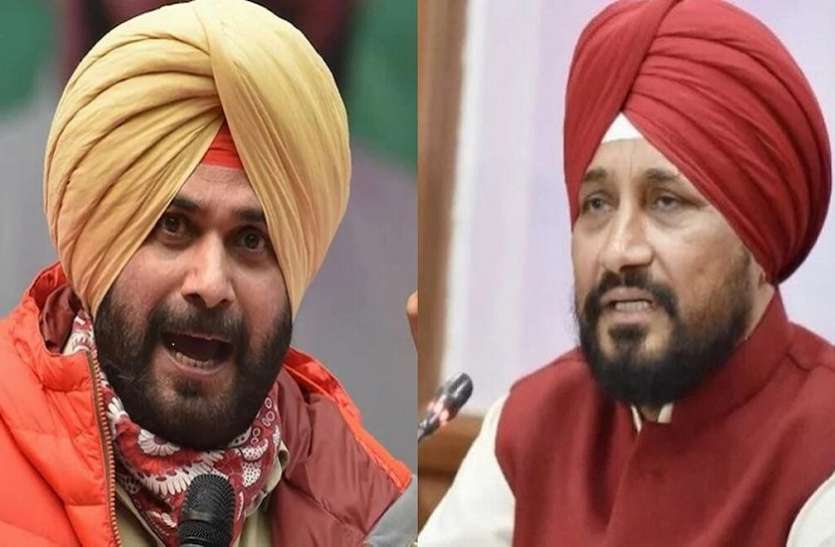 After this, Sidhu surrounded the Channi government and said, “The third SIT has been formed in 6 months, but till now no charge sheet has been filed in the 2015 sacrilege case. The ethics of the authority is now in question. Such people have been appointed to the post of AG and DGP. One has given clean chit to Sukhbir Badal and the other has given blanket bail to former DGP Sumedh Singh Saini. I stand with Punjab.”

The sacrilege case is five and a half years old. In the year 2015, on 1st June, the holy form (copy) of Sri Guru Granth Sahib was stolen from Gurdwara Sahib located in village Burj Jawahar Singh Wala, about 5 km from Bargadi, Punjab. After this, on 25 September 2015, two hand-written posters in Punjabi language were found near Gurdwara Sahib of Bargadi. The poster used abusive language and threatened that the holy Guru Granth Sahib would be thrown on the streets. Not only this, it was also written that Dera’s hand was involved in the theft of holy forms of Sri Guru Granth Sahib.

Only 17 days after this incident, on 12 October, people who went to the gurudwara to bow their heads found the pages of the holy form of Sri Guru Granth Sahib in the nearby drains and on the road. Before any action was taken on this matter, the leaders of Sikh organizations protested at the main square of Bargadi and Kotkapura and action and arrest against those who sabotaged the Guru Granth Sahib from different parts of Punjab by a large number of Sikhs. was demanded.

On 14 October 2015, Punjab Police opened fire to control a protesting mob at village Behbal Kalan on Kotkapura Chowk and Kotkapura Bathinda Road in which two people were killed and dozens were injured. At that time Sumedh Saini was the head of the police force, due to which he came in the dock, but the Supreme Court considered the matter of political conspiracy against Saini in this case and stayed the possible arrest of Saini. This matter remains a headache for Punjab even today, and using this matter as a weapon, Sidhu removed Amarinder Singh from the CM’s chair and insisted on making his loyal Channi the CM.

Sidhu gets annoyed if Channi doesn’t become a puppet

Navjot Singh Sidhu was against former Chief Minister Amarinder Singh from the beginning as he could not run his own in power. Since Sidhu was close to former Congress President Rahul Gandhi, he scrambled to remove Amarinder from the Punjab CM’s chair with Charanjit Singh Channi supporting him. After the resignation of Captain Amarinder Singh, Sidhu wanted to become the Chief Minister of the state, but Sidhu’s love for Pakistan ruined everything he did. Amarinder Singh opened a front against Sidhu, due to which the Congress High Command first decided to make Sukhjinder Singh Randhawa the Chief Minister, but Sidhu had something else in mind. To persuade the angry Navjot Singh Sidhu, the party appointed his close aide Charanjit Singh Channi as the new Chief Minister of Punjab and Sidhu felt that he would play his political gamble by placing a gun on Channi’s shoulder. Channi wants to prove himself as a better CM, so Channi refuses to be a puppet and takes decisions which Sidhu does not like. Appointment of AG and DGP is also part of that which has led Sidhu to open front against Channi.

Sidhu’s eyes on the chair

Navjot Singh Sidhu had resigned from the post of state Congress president in protest against Channi’s decision. Now taking back this resignation, Sidhu has given an ultimatum. Sidhu has said that he will not return until top public prosecutor APS Deol is removed. In fact, Navjot Singh Sidhu wanted to put pressure on the Congress high command by resigning and show his strength to Charanjit Singh Channi, but the Congress high command did not take any risk as the elections were near. Ultimately Sidhu was forced to withdraw his resignation.

Navjot Singh Sidhu has his eyes set on the chair of Punjab, but his friendship with Imran Khan and his attachment to Bajwa has worked to sabotage his dreams. Navjot Singh Sidhu is trying hard to strengthen his claim for the post of Chief Minister of Punjab and he sees Charanjit Singh Channi as the biggest hurdle.

Vicky-Kat enter their dream home after 10 days of marriage