New Delhi. If you are a parent and your child goes to school, then this news is going to alert you. Children are soft minded and in such a situation it is necessary to talk to the child and know his mind. We are saying this because a surprising case has come to light from Lucknow in Uttar Pradesh. Where the student tried to take a creepy step to avoid the teacher-parents meeting. Not only this, a suicide note was also recovered from the child. So let’s know the whole matter first. 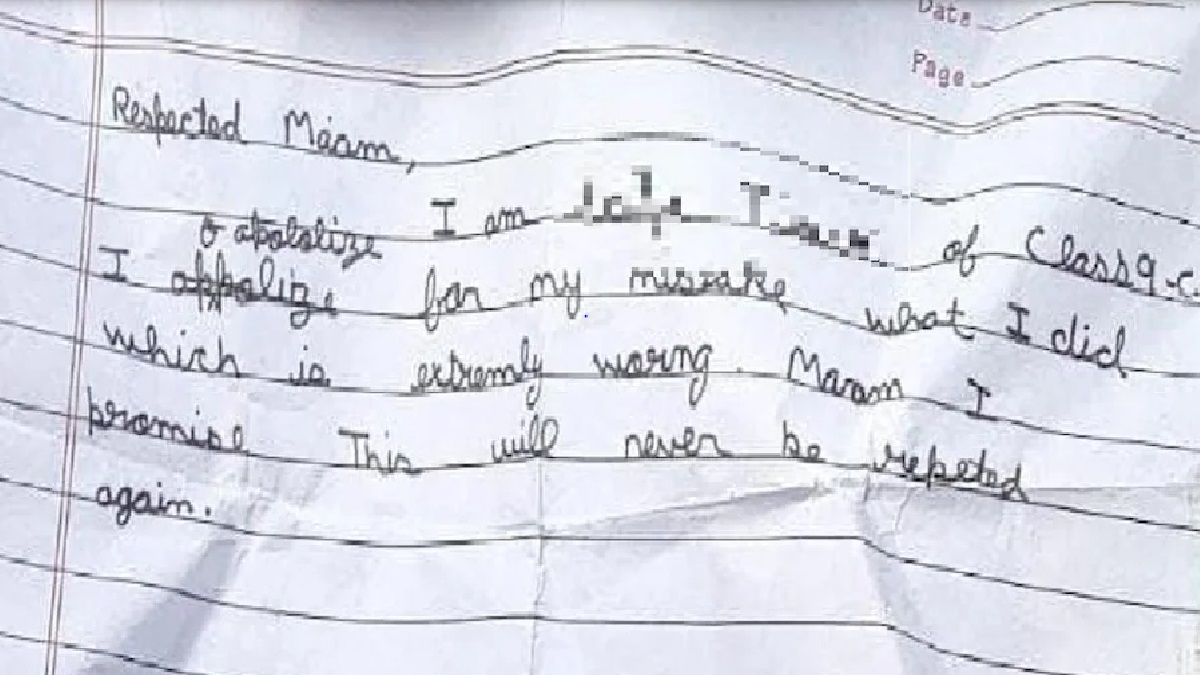 Dreadful step taken due to fear

It is being told that the child is a student of class 9 and is very good in studies. The student lives in Gomtinagar extension and studies in a private school. Giving more details about the matter, the PRO of the college said that this time the marks of the students were very less. We had asked the child to bring the parents to the school for the meeting but he was reluctant after which the teacher decided to go to the child’s house herself. The teachers could meet the parents, that is why this incident happened in advance. Please tell that the student was found injured on the nearby railway track. On receiving the information, the police immediately rushed the child to the hospital, where he is out of danger. The surprising thing is that a note has also been recovered from the child. It was written in the note- Sorry… I am a student of class 9… I know whatever I did is very wrong… But I promise that I will never do this again. Both the child’s parents and teachers are shocked after the note surfaced. At present, the police is also investigating the matter as to how the child reached the railway track on a different route instead of going to school.