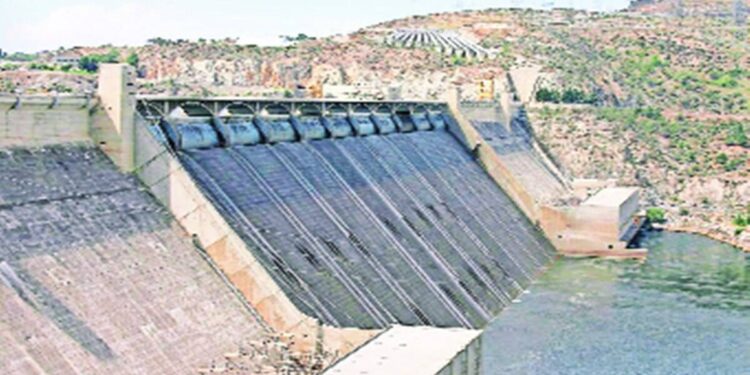 According to the 2011 census, every fourth person in the country is illiterate. More or less the poverty figure is also the same. In such a situation, without inclusive framework, rural upliftment, urban development and meeting people’s aspirations in the reference parameters, the paradigm of development will not only remain incomplete but will also hurt good governance.

India’s first five-year plan, starting in 1951, was primarily driven by the agricultural sector, including investments in dams and irrigation. Then the Community Development Program of 1952 focused on the development of villages. If seen, after the constitution came into force on January 26, 1950, these were two such models of development of the country, from where India had to make its steps with speed. However, the community development program failed within a year.

After this failure, the form of Panchayati Raj system came to the fore, which in the present time itself is a major form of development in the context of democratic decentralization. It was abolished in 2015 during the successive 12th Five Year Plan. NITI Aayog was established as an ideological body from January 1, 2015.

It is reflected from some of the above references that the model of development has more or less always been there in the country. But after the liberalization of 1991, this concept began to flourish in the country in a new sense. This was the period when the world was adopting good governance. In the same period, the economic definition of good governance coined by the World Bank was also reflected in 1992. Britain was the first country to adopt it.

In the last three decades, many development patterns can be seen in the country and the states. The script of good governance also expanded in these three decades. The vibrant and vibrant form of development in the states was on everyone’s tongue during the elections to the sixteenth Lok Sabha in 2014. Bihar’s development model also came on board, which contained the claim of fundamental change in Bihar’s peace, law and order and inclusive structure.

At present, Uttar Pradesh is also building a new paradigm dedicated to service, security and good governance. Delhi is a union territory and dominion where the government seems to be overwhelmed by a powerful form of education. Himachal’s development model for hilly regions is being served as an example in terms of road network, emphasis on social security, tourism and economy.

In the three states formed in the year 2000, Chhattisgarh is being seen as a good example of development due to the unemployment rate being brought down to the lowest level of 0.6 percent. On the same lines, many states including the southern states such as Tamil Nadu, Kerala, Andhra Pradesh, Goa and Maharashtra have made reference to presenting their respective formats in a paramount form under the inclusive concept.

However, there are many states of Uttarakhand and the Northeast, whose development pattern has not been reflected so far. It is worth mentioning that agriculture and allied sectors, commerce and industry, human resource development, economic governance, social welfare, environment and citizen centric governance are some of the examples which are not only helping to set the parameters of development, but also in good governance index of the states. Giving new heights.

Development is a plan to promote the progress of people, so as to improve the quality of life of human beings. While developing and implementing it, the government works to improve the economic and labor conditions of the population, guarantee access to health and education, and provide protection, among other issues. Significantly, the success of the development model depends on many factors.

Good governance is closely related to the development model. At its center lies the empowerment of the people. If seen, development is a type of change which is concerned with the people. When this development takes a better stage, the expected results are repeated over and over again in many basic contexts such as poverty, disease, unemployment, farmer welfare, law and order, health and medical facilities, education, city as well as rural development including women’s security. If we meet, then this development is established as a model.

After independence, a major challenge before India was to find a strong development model. In the fifties, all the countries of Asia, Africa and Latin America, which were freed from colonial power, were not able to make better use of the economic facilities provided by the World Bank for basic development, due to which there was concern about the nature of development. .

In fact, all these countries were copying the same countries to which they were slaves. In view of this, the practice of studying under comparative public administration came in 1952 and exactly two years later in 1954, the concept of development administration was also put forward by an Indian civil servant UL Goswami. The inherent side is that each country has its own ecology, in such a way that policies are developed for development without understanding the socio-economic, cultural concept, then it is possible that problems may persist and the economy may also be in danger.

All such countries of the world consider industrialization, urbanization, strong exploitation of resources and ever-evolving technology as a major means of development. Whereas a good development for a country like India is the one which can be adopted to get rid of the prevalent problems like poverty, disease, unemployment, education, medicine, strengthen federalism and move towards strengthening women empowerment and security. .

However, India is now taking leaps in many respects including digital identity, fintech revolution by adopting new technology. If seen, the development model is not just a subject configuration, but a tool developed over time in proportion to the growing problem, which is possible to equip with strong good governance and nurture public concern.

Former President APJ Abdul Kalam had dreamed of developing India by putting forward the vision of ‘Vision 2020’ two decades ago. It was a powerful form within a set concept. All the promises and intentions like doubling the income of farmers in 2022 and providing two crore houses are the development model of the present government. It is a matter of investigation that where is the success rate and how well the development model is proving to be up to the mark from the point of view of good governance.

Governments come and go, but the people who are always waiting for civil rights and easy life are disappointed when dreams are shown but they do not get off the ground. National Education Policy 2020 including Citizen’s Charter (1997), Right to Information (2005), e-Governance Movement (2006), Right to Education (2009), Food Security (2013) etc. Different development models of different times are the same. According to the 2011 census, every fourth person in the country is illiterate. More or less the poverty figure is also the same. In such a situation, without inclusive framework, rural upliftment, urban development and meeting people’s aspirations in the reference parameters, the paradigm of development will not only remain incomplete but will also hurt good governance.