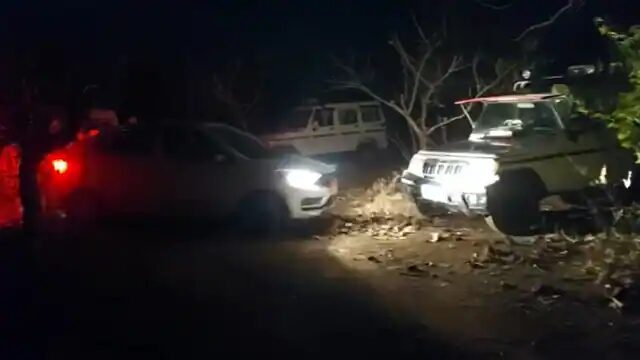 The entire government is currently on alert mode in the encounter with poachers and police in Guna district of Madhya Pradesh. This is the reason that since the incident, the police have started encountering the accused one after the other. Police first killed the accused Naushad Khan, and then his brother and main accused Shahzad Khan in the encounter. After that in the night the third and fourth accused were also killed in the encounter. It is being told that late night the police got information that two accused are hiding in the hills of Aaron, after which the police killed them after reaching there. The police have not yet disclosed the names of the third and fourth accused.

Let us inform that more than a dozen police teams are scouring the forests to nab the accused of this incident. Senior police officers including State Home Minister Narottam Mishra himself are keeping an eye on this entire development. According to information received from the police, Shahzad, the main accused in the incident, attacked the police team and opened fire with his licensed gun. The accused Naushad Khan and the main accused Shahzad Khan, who have been encounter by the police, are both real brothers. Both of them had opened fire on the police.

said this the father of the accused

Seven main accused in the case

The local police have also distanced themselves from the media regarding the matter. Along with this, the Ministry of Home Affairs itself is updating the complete information about this incident. It is being told that there are a total of 10 accused related to this incident, in which 7 main accused are being told.

After the Guna incident, the entire government had come into action mode. Chief Minister Shivraj Singh Chouhan immediately had a meeting with the top officials. According to sources, in this meeting, Shivraj had given clear instructions that no accused should be spared. Meanwhile, when the police started the encounter, Madhya Pradesh BJP’s State Organization General Secretary Hitanand tweeted to ‘equal the accounts’. Although he has not written anything else with this tweet, but it is believed that this tweet has been done only about the police action against the accused.