New Delhi. The campaigning for the assembly elections in Gujarat has come to an end. The streets which used to buzz with the influx of leaders have now become deserted. The tongues that used to giggle from discussions have now become silent waiting for tomorrow i.e. the second phase of elections. The first phase of elections have been held in the state. The elections for the second phase will be held on December 5 and the results will be announced on December 8. Let me tell you, all the parties have given their full strength in the election campaign. In the election campaign, someone praised someone’s achievements, while someone pointed out the shortcomings of his rivals. Now in such a situation, who is heavy on whom. Only the time to come will tell this. But, before that big news has come to light before the second phase of Gujarat elections. Come, further we are going to tell you about it in detail.

Let us tell you that before the second phase of Gujarat elections, PM Modi reached Ahmedabad. PM Modi has reached Ahmedabad to cast his vote. Meanwhile, he also spoke to his mother Hiraben.

Usually whenever he goes to Gujarat, he definitely visits his mother. Though, he had visited Gujarat in the past as well, but he could not meet his mother due to his preoccupation with the election campaign. Today, when I got a chance, I met my mother with my hands.

Meanwhile, PM Modi can also be seen drinking tea with his mother, whose pictures are going viral on social media. 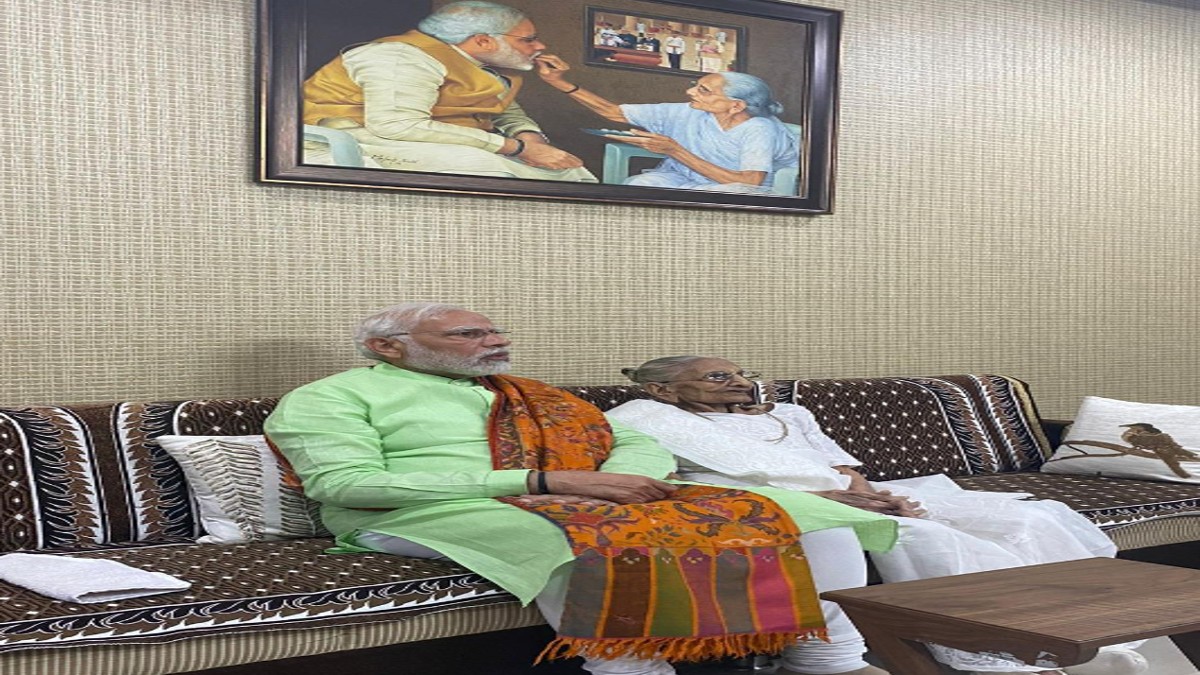 However, in the past, PM Modi had started a 56-km rally from Ahmedabad, under which he covered 14 assembly seats. Keep in mind that now that PM Modi has come to meet his mother, some of its pictures are becoming very viral on social media, on which people are seen expressing their reactions in different ways. 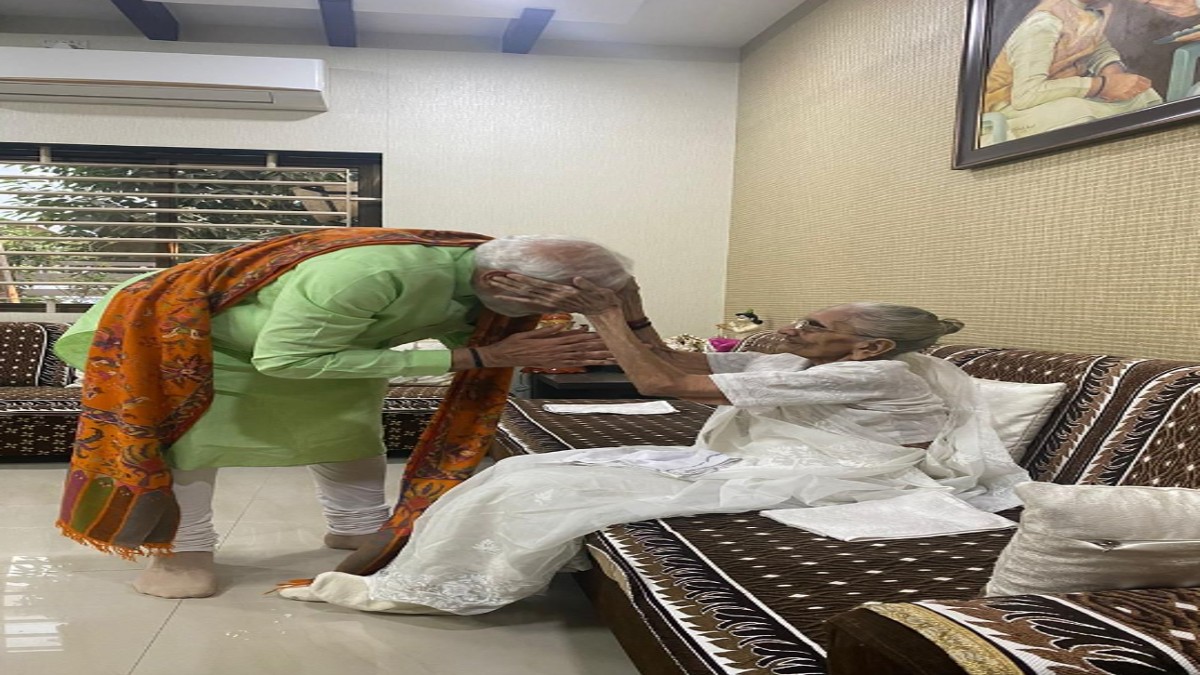 Let me tell you, different reactions are coming on social media regarding PM Modi’s intimate meeting with his mother. Even before this, PM Modi has spoken to his mother. It is worth noting that before the decisive voting of the second phase of Gujarat, PM Modi has come to meet his mother. The election of the second phase is considered very important. BJP is in power in the state for the last 27 years. Now in such a situation in whose hands the command of the state comes this time. Everyone’s eyes will be fixed on this.