Announcement of Mark Zuckerberg, Facebook will be renamed and now Meta will be the new identity 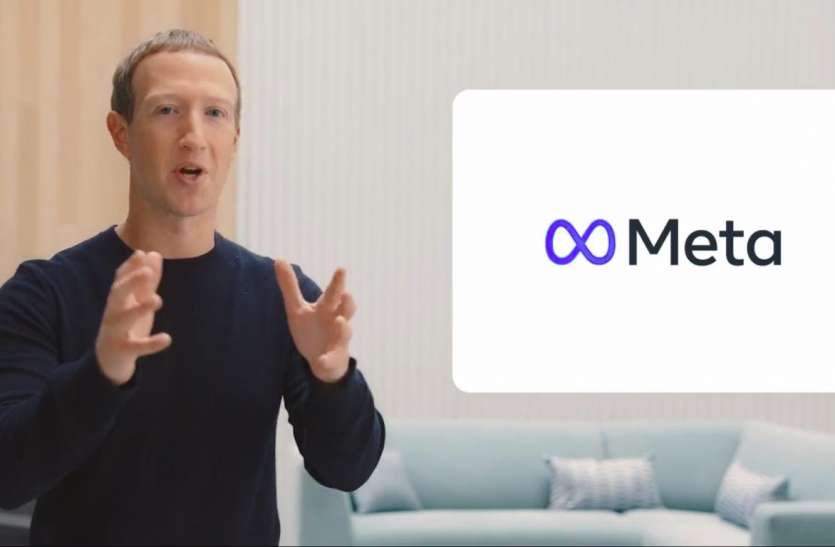 Washington. The company that operates the world’s largest social media platform, Facebook, is being renamed. Facebook Chief Executive Officer (CEO) Mark Zuckerberg announced on Thursday that the company he founded is now rebranding itself as Meta. The name change comes with a new logo, which is designed like an infinity symbol. It is slightly oblong and looks almost like a pretzel.

The New York Times reported that although Zuckerberg has announced that Facebook, Instagram and other apps will remain, they will all be under the Meta company. Zuckerberg, speaking at a virtual event to showcase Facebook’s tech stakes in the future, said, “I’ve been thinking a lot about my identification with this new chapter. Over time, I hope we’ll find a Metaverse company.” as will be seen.”

Zuckerberg is committed to building the metaverse. It is a composite universe combining online, virtual and augmented reality that people can traverse without any hassle. He has said that Metaverse could be the next major social platform and that many tech companies will be building it over the next 10-plus years.

This change in name has come at a time when Facebook is facing intense scrutiny. As The Hill reports, dozens of news releases this week based on internal documents provided by whistleblower Frances Hogen paint the image of a company that prioritizes profit over user safety. According to The Hill, lawmakers have taken note of this and have pledged to proceed with the rules, taking into account Hogen’s testimony earlier this month.

Little is known about this new model, but it appears that the company’s collection of apps, including Facebook, Instagram and WhatsApp, will all be under the company Meta. The Hill reported that this restructuring is similar to what Google did in 2015 when it formed Alphabet.

Zuckerberg said, “Right now our brand is so strongly tied to one product that it might not represent everything we’re doing today, but it alone could in the future.” The tech giant said the change will bring its various apps and technologies together under a new brand. The company will not change its corporate structure. In the coming times, people will not need to use Facebook to use other services of the company.

The term metaverse, first introduced in a dystopian novel three decades ago, is now a topic of discussion in Silicon Valley. It can be broadly considered the idea of ​​a shared virtual environment that can be accessed by people using different devices.

Due to the love on Facebook, a girl came to India from Morocco, but the young man kept this condition for marriage

Royal Enfield’s affordable Bullet 350 is coming in a new avatar, know when it will be launched

After 9 years the moon will stagger, there will be a severe flood on the earth