Sniper deployment, satellite surveillance; Such will be the security arrangements in Amarnath Yatra 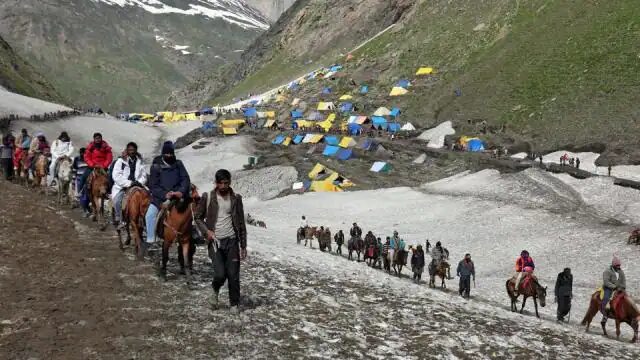 Elaborate security arrangements are being made for the Amarnath Yatra after sensing every aspect of the danger. A multi-layered security blueprint has been prepared to eliminate any apprehension like drone attacks, stick bombs and ambushes of terrorists. During the Amarnath Yatra starting from June 30, along with extensive deployment of central paramilitary forces, an anti-terrorist operation is being carried out by the security forces already present in Kashmir.

An official said that a full proof plan has been made to prevent the terrorists from reaching the travel routes in any way. Along with the vehicle, the passengers will also be monitored through an RFID (Radio Frequency Identification Device) micro-chip. Monitoring will be done from satellite towers installed at different locations. Suitable arrangements are being made to ensure that no passenger is out of sight of the security agencies.

The movement of vehicles will be monitored with the help of satellite, GPRS and microchip. The number of bullet proof antimine vehicles of CRPF will be increased this year. Apart from this, anti-terrorist squads will be deployed on the roads of Pahalgam and Baltal.

Let us tell you that recently the security forces foiled a major conspiracy to attack the Amarnath Yatra. Security forces gunned down three terrorists in Pahalgam.

these are the dangers

There is a preparation to install anti-drone system from the security forces.
– Snipers will be deployed in high altitude areas
– Security screening of vehicles to deal with threats like stick bombs
Bullet proof and MPV vehicles will be included