Central Government gave a big gift to the customers on the use of BHIM UPI and Rupay Card, this big announcement was made in the cabinet meeting 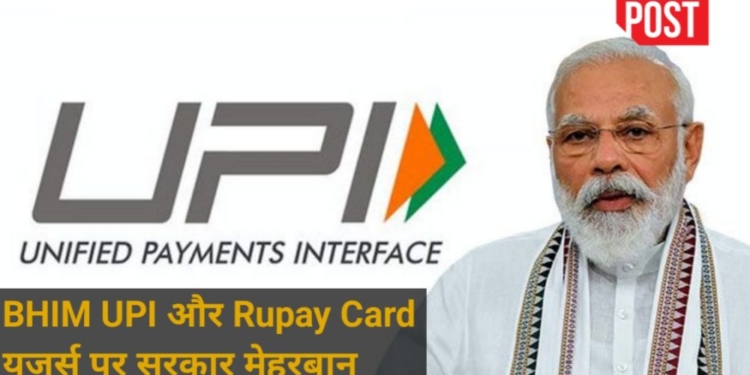 New Delhi. Under the leadership of Prime Minister Narendra Modi, the central government is taking many big decisions these days. Big decisions have been approved today in the meeting of the Union Cabinet to be held every Wednesday. After the meeting of the Union Cabinet chaired by Prime Minister Narendra Modi, some decisions related to economic matters have been announced today. With these, financial transactions and digital transactions will be easier for the general public and incentives will be given to them.

What decisions did the Modi government take?

Let us tell you that the central cabinet of the Modi government has announced incentives or incentives worth about Rs 2600 crore. Under this, people will get incentives for the use of RuPay Debit Card and BHIM UPI for the financial year 2022-23. These incentives are proposed to be given on P2M (Person to Merchant) basis. Giving information about this, Bhupendra Yadav said that an incentive of 0.4 percent will be given on digital payments through Rupay card. Significantly, under this important decision of the Modi government, banks will also be given financial incentives. Through this, you will be able to get incentives in different ways on Point of Sale (PoS) and e-commerce transactions which will be done through Rupay card. You will also get some incentives on low value BHIM-UPI transactions. Bhupendra Yadav said that the number of transactions done through UPI payment had come up to Rs 12 lakh crore in December, which is around 54 percent of the country’s total GDP. To increase it further, maximum incentives are proposed to go under this Rs 2600 crore item.