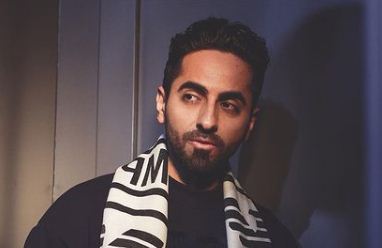 Mumbai, (IANS)| On the third anniversary of the release of his blockbuster family entertainer ‘Badhaai Ho’, Ayushmann Khurrana revealed that he is happy with the positive impact the film has had on the society regarding late pregnancy. Ayushmann said that most of my films are about families coming together and connecting with each other, giving an important message and most importantly, purely entertainment. I have had the privilege of finding a script that is fresh, unique and caters to a family audience. Ok. ‘Badhaai Ho’, for me, has hit all the boxes, and I am grateful that the film started an important conversation in India about how society should react to late pregnancy. Society tells us to react in a certain way when such things happen.
The film, which released in 2018, directed by Amit Sharma, also starred Neena Gupta, Gajraj Rao, Sanya Malhotra and the late Surekha Sikri.Ayushmann further added that we wanted to show people why this is not such a big topic that we should look at it from a more inclusive lens and tell them that it should not be seen as a taboo. The movie ‘Chandigarh Kare Aashiqui’ also falls in this category and is a complete family entertainer.
Ayushmann is missing National Award winning veteran late actress Surekha Sikri a lot today.As she said emotionally I am fortunate to have got a chance to work with a brilliant artist like Late Surekha Sikriji in this film. She was a gentle soul with incredible depth as a human being. I miss him and I am sure the industry also misses him a lot.

This man cuts watermelon into pieces with just one finger, the video is going viral

Tata Motors gave this gift to its customers

For Subhash Ghai, his driver is more than his wife, people know him as “Star Driver”. subhash ghai share emotional video of his star driver imtiaz shaikh | AnyTV News