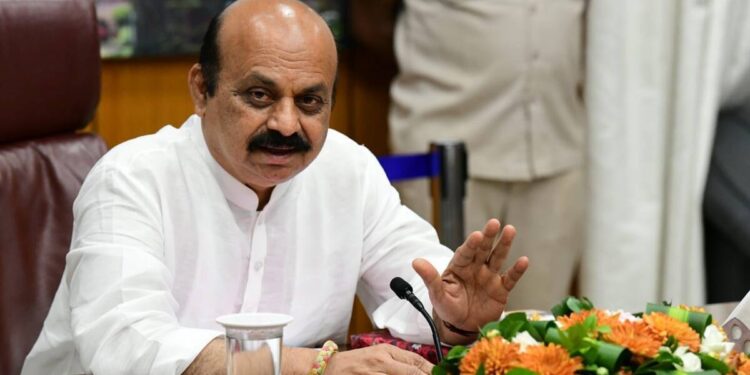 Voices have started rising again regarding the love jihad controversy. The hijab episode in Karnataka was yet to settle down that a new slogan of ‘Love Kesari’ was reportedly born in the fight against Love Jihad. Some right-wing leaders of the state have called upon the youth to join “Love Kesari” to counter “love jihad”.

In Raichur district of the state, Shri Ram Sena leader Rajchandra Ramanagouda, in a meeting on Sunday, asked the youth to come forward in this work. A case has been registered against him on this. Rajchandra Ramanagouda has been charged under the Indian Penal Code for committing willful and malicious acts with intent to incite riots, attacking religion, race or hurting religious sentiments.

Rajchandra Ramanagouda in his speech said, “On this platform we should give a message to all our girls that if a Muslim man harasses a Hindu woman, then I am there, we have brothers, come to us. We should not just show our swords. We should use them on these men (who target Hindu girls and women). Let’s protect our religion.”

Meanwhile, Karnataka Chief Minister Basavaraj Bommai on Tuesday said that strict action has been directed to the police against those who make provocative statements to create rift in the society. Bommai told reporters in Mangaluru that it is the responsibility of the government to maintain law and order and peace in the state.

Also Read
The body of the contractor who imposed corruption charges on BJP minister Eshwarappa was found, Surjewala said – foul smell in the Rome and Rome of Bommai government, CM replied

He said that strict action would be taken against those who took the law into their own hands. The Chief Minister said that there is no direct conflict between religions in the state. He said that some organizations and their leaders are making provocative statements to spoil the peaceful environment. He said that the Director General of Police held discussions with all the District Deputy Commissioners on Monday on taking steps to maintain law and order.

On the issue of preparations for the state assembly elections to be held next year, Bommai said three teams headed by former chief minister BS Yediyurappa, senior leaders Arun Singh and Nalin Kumar Kateel will tour the entire state. The state executive committee meeting has been called on April 16 and 17.