Punjab: The driver ran after trampling the policeman standing at the check post, the video went viral on social media 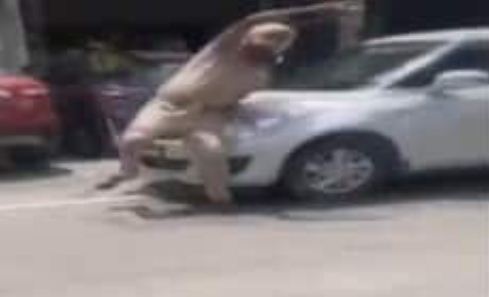 All cars were being checked on the occasion of Independence Day

After the video of the incident went viral on social media, city deputy superintendent of police Hemant Sharma said that the car driver had rammed the policeman to avoid checking. Police have started efforts to trace the vehicle by getting the number of the vehicle through CCTV. According to information received from the sources, all the cars were being checked before the Independence Day at the check post, during which a white colored car was stopped by the police. But to avoid checking, the car driver accelerated his car and fled from there.

At present, the police are trying to trace the driver of the car and hope to nab him soon. Let us inform that on the occasion of Independence Day, all vehicles are being checked by Punjab Police in view of security. The employee also suffered a lot of injury due to being crushed by the driver, for which treatment has been started.

RSS leaders were on the target of PFI, had made a complete plan to kill, the investigation agency disclosed