Human trafficking and bonded labor increased with the refugee crisis 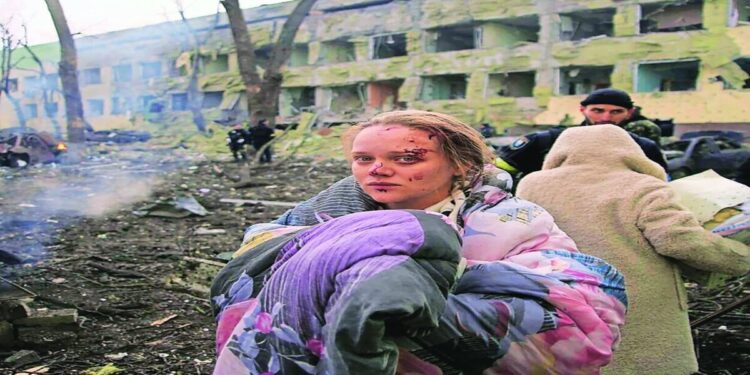 More than 1.5 million children are among those displaced from Ukraine. This has created a humanitarian crisis in Europe and is the fastest displacement since World War II. UNHCR says smugglers often try to take advantage of the chaos of large-scale population movements. Since February 24, more than 1.5 million children have fled Ukraine as refugees and countless others have been displaced by violence within the country. The danger facing children is real and growing.

According to an analysis by the international organization – UNICEF and the Inter-Agency Coordination Group Against Trafficking (ICAT), 28 percent of the victims of trafficking globally are children. In the context of Ukraine, UNICEF child protection experts believe that the proportion of victims of potential child trafficking is expected to be even higher.

According to Afshan Khan, UNICEF regional director for Europe and Central Asia, the war in Ukraine is leading to mass displacement and refugee influx – conditions that can lead to a tremendous increase in human trafficking and an acute child protection crisis. Displaced children are extremely vulnerable to being separated from their families, exploited and trafficked. They need governments to step up in this area and take measures to keep them safe.

UNICEF is urging the governments of neighboring countries and other countries of destination to strengthen child safety screening across the border, particularly with Ukraine, to better identify at-risk children. Additional screening for security risks should be implemented in shelters, large urban railway stations and other places where refugees are gathering or passing.

There are reports that along with fighting in Ukraine, the Russian army is also raising bonded labor for its country. Ukrainian authorities have accused the Russian military of abducting 4,500 people from Mariupol. Ukraine says that these civilians have been taken by the Russian army and their passports have been confiscated. They are ready to do bonded labor. However, before this claim, Russia had said that Ukrainian citizens had sought asylum in it. He is trying to give all kinds of assistance to the common people in Ukraine.

According to the New York Times, Piotr Andreuschenko, assistant to the mayor of Mariupol, said that the Russian army forcibly took 4,000 to 4,500 civilians of our city. All of them are housed in the southwestern Russian city of Taganrog. Reuters has released photos of people evacuated from the Ukrainian city of Mariupol being held at a school in the city of Taganrog in Russia’s Rostov region. In this picture it is said that a temporary shelter has been made in the school for all of them. On Friday night, the day before Andreuschenko’s allegation, the head of Russia’s National Defense Control Center, Mikhail Mizintsov, claimed 7,800 Ukrainian citizens had pleaded for asylum in the Russian republic over the course of 24 hours.

Nutrition Scheme: Aadhar is not necessary to give benefits of nutrition scheme to children, Ministry clarified