Is the heart of Shri Krishna still beating today, you will be surprised to know this thousands of years old secret 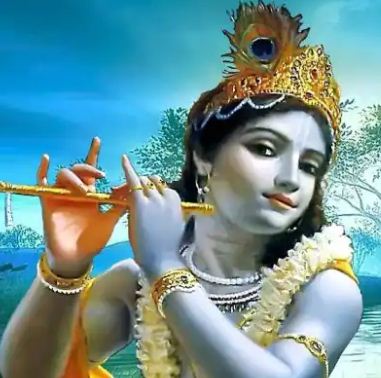 The festival of Janmashtami was celebrated a few days back across the country. On the holy festival of Janmashtami, everyone celebrated the birth anniversary of Lord Krishna with full devotion. But do you know, the heart of Shri Krishna, who played an important role in the victory of Pandavas in the war of Mahabharata and who came on the path of religion to the world, is still beating. It is believed that 36 years after the war of Mahabharata, when Shri Krishna was meditating under a tree, a hunter mistook his feet as the mouth of a deer and left an arrow.

As soon as the hunter realized his mistake, he immediately approached Krishna and started apologizing to him. But Shri Krishna explained to him that all this is his Leela. In the same way he had to renounce the earth, because in Tretayuga he had killed Sugriva’s elder brother Bali in the same manner. He got the same punishment today. Saying this, Shri Krishna left his body and from then onwards Kali Yuga started. When Arjuna came to know that both Shri Krishna and Balarama had abandoned their bodies, he performed the last rites of both in Dwarka.

Although after the last rites, the entire body of Shri Krishna was burnt to ashes, but his heart was not consumed. The heart of the Lord was then found by King Indradyumna of Avantikapuri while bathing in the water. As soon as they touched it, they heard the voice of Lord Vishnu. Lord Vishnu told Rajan that it was his heart, which would always beat on the ground. After this Rajan established that heart in the temple near the idol of Jagannathji.