Viral picture of woman baking bread with oxygen, know what are the reactions 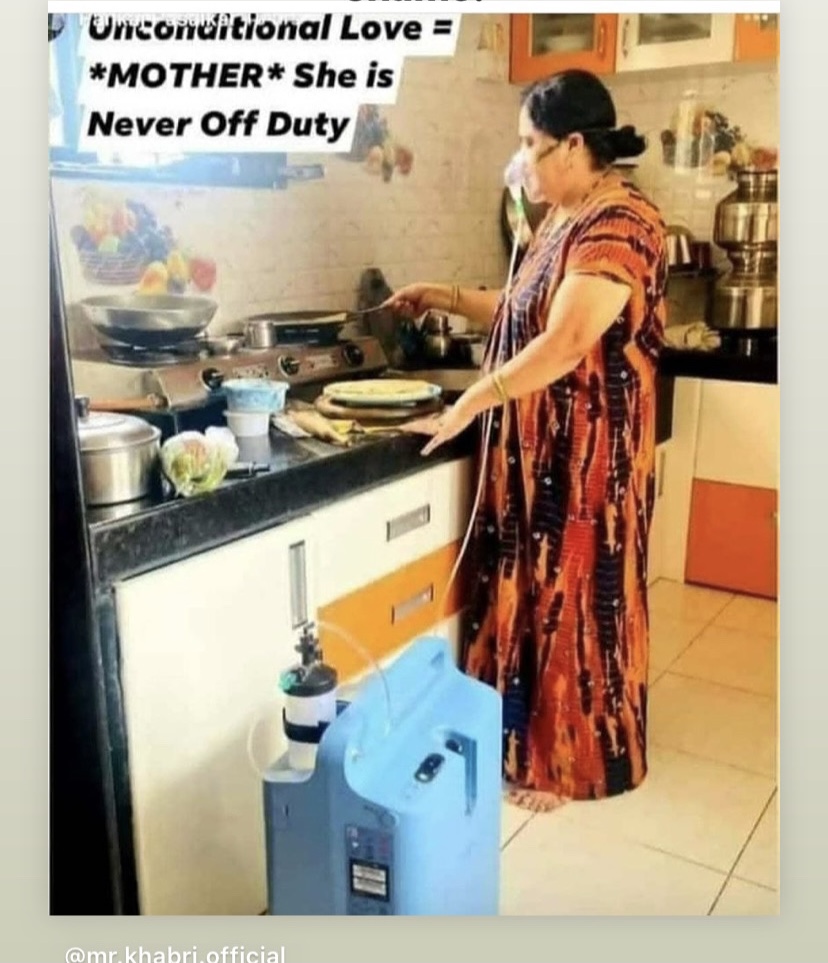 People told atrocities, cursed the family fiercely, some people told that the picture was fake

Another blockbuster hit from South Indian films, KGF Chapter One, has a dialogue where the protagonist of the film tells a woman who is hesitant to pick up her bread that has fallen on the road with a young child in her arms. There is no greater warrior than a mother! Perhaps this is also a reality because for any child his mother is everything and the mother is ready to do anything for the betterment of the child. A mother’s love for her children is selfless and unlimited.

We all know that even in the event of illness, mothers do all the household work without stopping and prepare food for their children. In recent times, such a post is becoming very viral in which a woman can be seen cooking food for her children in case of illness. On one hand, a glimpse of mother’s infinite love is visible from this photo on the internet, on the other hand people got furious, calling it atrocities on mother. Despite such poor health of the woman, there was great displeasure among the people about cooking food.

Also Read  Sachin Tendulkar has been the bowler of bowlers, has bowled more than these legends in ODI cricket

How many homes in India have mothers not getting sick leave?

Not sure if this lady is actually cooking with an oxygen cylinder near the gas stove (!) but even if it is fictional

Can this unconditional love trope that forces women to not take rest stop already? pic.twitter.com/jZLMVvKdV9

Let us tell you that in this photo which is becoming increasingly viral, a woman is seen on oxygen support. However, even after taking rest, she was seen making rotis. Posting its photo, it was written in the caption that mother’s selfless love. Mother never has a holiday.

Also Read  This company's plan for money will fail Jio Fiber, benefits are the same, but Rs 200 cheaper than Jio

People were furious after seeing this photo posted to show the power and love of the mother. Famous singer Chinmayi Sripada also reacted strongly to the photo. Sharing it, he wrote, ‘Can this cycle of selfless love, which forces women not to rest, stop.’ At the same time, Tamil filmmaker Mohammed Ali said, ‘This is not love. This is slavery in the name of social structure.

However, it is not yet verified whether the picture going viral is real or it is just a fictional picture but some people termed this photo as fake and substandard. Most of the people are cursing the family of the woman by calling it atrocity. Whatever be the reason, this picture is very much discussed in the present time.